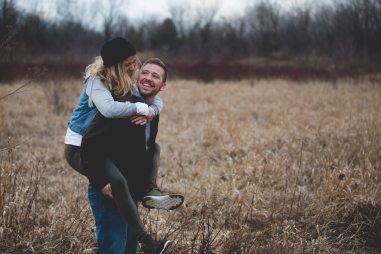 As many of you may have noticed (and many of you may have not), the hit NBC show “The Bachelor” is back for its 23rd season this winter. That is 23 seasons of one man (this year, it’s Pilot Pete) dating a couple dozen women, with hopes of proposing marriage to one in less than two months. The show has a cult following, but it’s no wonder only a very small percentage of the outcoming relationships make it long-term. The whole premise is very unrealistic and doesn’t make sense for relationships in the “real world.”

Why do so many love to watch this show? Maybe it’s because people can relate to the drama of trying to find that “special someone,” and watching someone else go through it has some sort of twisted, vicarious appeal?

Dating can be the best of worlds and the worst of worlds, particularly for older teens and young adults. There are so many new, fun, and interesting people to meet as one’s circles expand (hello, college!), but it’s also a mystery because you never know what will become of the people you meet. I recall feeling like I was on an emotional roller coaster at Six Flags at that stage of life, wondering if this new prospect was Mrs. Right. (Eventually, I would find her seated next to me in a finance class at Grad School.)

Do you (or does the teen/young adult in your life) have a random or a strategic mindset when it comes to dating? Do they have solid ground rules and strongly-held values guiding them, in contrast to the ones displayed on “The Bachelor?”

Although true love can happen opportunistically (e.g., when my undergraduate college sweetheart and I were successfully matched at a computer dance!), it pays to lay down some personal ground rules in your dating life.  One way is to become a “3D dater!”

Be Discriminating
Be highly selective with your choices of dates. Sadly, so many people define their self worth by whether they’re dating someone that they “date for dating’s sake” and often compromise their values along the way. It always pays to be choosy by strategically focusing on people who share similar interests, values, and goals. What are your “must haves” and “nice to haves?” If a prospect is lacking in anyof these respects, it pays to move on. Trying to force a square peg into a round whole doesn’t work for most things, but especially when our goal is a forever relationship!

Be Discerning
Be wise when you date. Many people approach dating so impulsively and emotionally that they simply don’t think clearly. (“Love is blind” comes to mind.) Understand what you want in a relationship (your expectations) and have the courage to move on if it’s not a great fit.

Be Deliberate
Be patient. This is often the hardest thing to do when the infatuation is intense (or when a computer matches you!). However, if the relationship is truly meant to be, it needn’t be rushed. If you’re feeling pressured, have the strength and self respect to put on the brakes. If they’re not willing to, they’re probably not the best choice for the long term and you’re only delaying the inevitable.
By being a 3D dater, you’ll set yourself up for long-term success rather than settling for short-term, superficial gratification that’s so common today (ahem, reality TV dating). You’re much more likely to find lasting love with fewer peaks and valleys (and heartaches) along the way!

If you are a teacher or parent, this would make for a great discussion topic with the teens under your purview. What are their must haves? Nice to haves? If they’ve dated thus far, what have been the biggest lessons they’ve learned? Don’t be shy about sharing your experiences. They’ll love it!